I have read and watched all the arlo media I can find and am dismayed that there doesn't seem to be the possibility or probability of an external power supply for the system i.e. cameras.  I love the fact that they are small and battery life is very long because of the way they function but the biggest concern I have is long term usage.

I would really like to see a rechargeble battery option and external power.  I can see the option of a solar charging system for those that have the cameras placed outside and a standard wall wort for the indoor needs.  I need a system that will not require constant battery changes and long term stability.  Sure batteries have their place like travelers and a portable video system but for an even half-way serious video surveilence for loss prevention or burglary a battery has some serious drawbacks for long term use.  Please consider the addition of externally powered cameras in future releases.

I think it's a great idea of a externally powered camera as an add-on/separate product that interfaces into the same system.
I understand netgear first going with the core concept of the device, so that it is compared properly with other 'completely wireless' products and not thought of as a constant 24x7 recorder.

Hopefully Arlo is a hit, and new complementary products can be added.

Fledgling
I am looking for the same thing as I want to have long stretches of streaming video - I can accept a low voltage shutdown however. Voltaic Systems makes a small waterproof 6 volt 2 watt solar panel that sells for around $30. I'm thinking that the panel and a waterproof external battery box could do the trick. Does anyone know what the current draw is when the camera is streaming?

I would love to have a solar option.

I don't know if a small solar panel would recharge batteries fast enough to support anything other than rather occasional usage.

I don't know if a small solar panel would recharge batteries fast enough to support anything other than rather occasional usage.

Ok for the ones that want to void their warranties.....

take some thing like this that puts out 100ma @ 6v 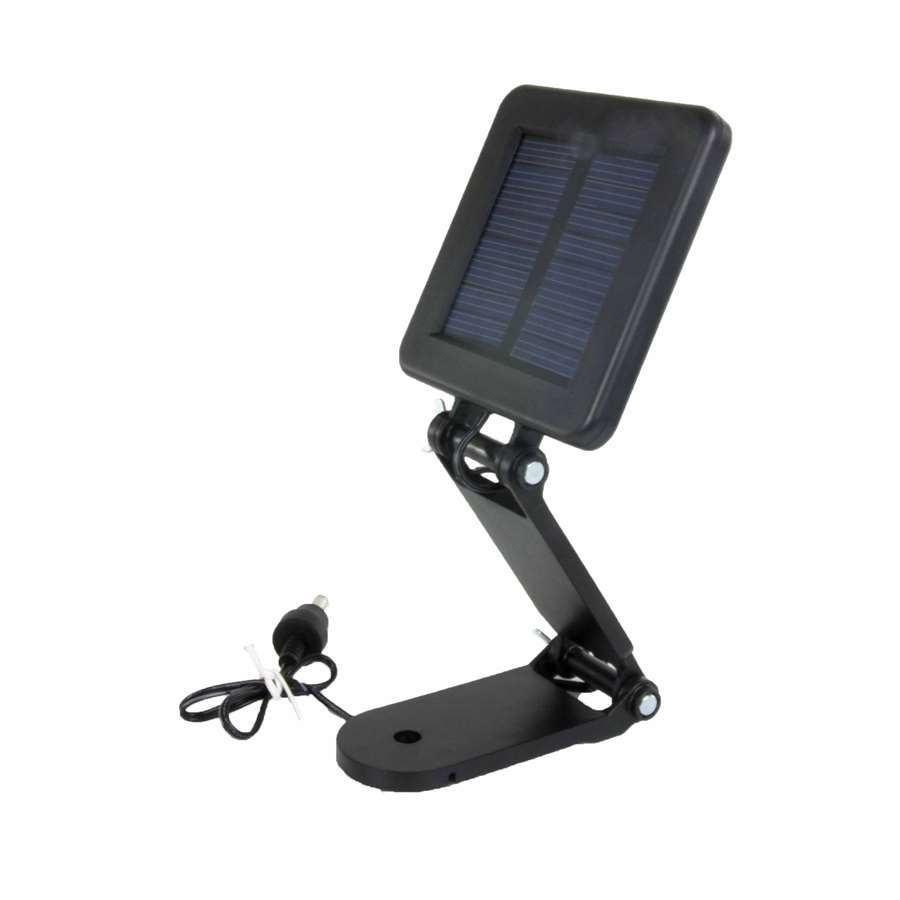 Mount a battery pack on the above for 6v, prob like a small gell cell at 2-4 aHrs and then make up fake/dummy cells for you camera ( cut door for power cable  then seal with silicon ).. hook all together and there you go.

A 100ma unit will charge the pack to the tune of about 20-40 hours of sun ( you start fully charged of course) and the camera prob doesn't use more current than that +/- ...so the unit will be fine at night and charge all day.

Please stop with the remarks pro or con about solar power...It isn't an option so why complain or grouse about this.

I merely thought that rather than replacing batteries every X months (since this is not a full time video surveillance camera) that with a solar option to recharge say these same size batteries (except a rechargeable brand) might be a good fit.  Heck if I can get my stupid little solar walk way lights to run all night long then it doesn't sound like a serious stretch.  Yes, I know LEDs only draw a few milliamps but technology is getting more efficient every day.

Besides I thought that thoughts and ideas for improvement were the function of this discussion.

Thanks for the memories.

I'm reasonably well-versed in solar applications as an ex-electronics tech who has a 4.2kW solar array on his house. My only concern (not a pro or con) is the battery drain of these cameras. If an appropriate panel could be attached that would allow full charging in an atypical day (cloudy/low sun angle/etc.) while simultaneously recording a reasonable number of videos and would recover the next day after whatever nighttime discharge occurs I'd be all for it.

I'm using rechargeables as a test and that, along with my existing solar generation, is simple enough. Not having to climb a ladder to change any battery during the winter would be a nice plus.

The cameras don't have a huge power reservse.  For those unit mounted outside, why not have an optional solar panel with an internal super capacitor the would power the camera?  The internal batteries would only power the camera once the capacitor's power was gone.  This of course would require the camera's to be re-engineered to have a plug in for the auxiliary power supply.  This of course could not be done now, but perhaps when the Arlo hardware products are updated with future models