I have removed the second user from that I share the system with and re-added them, but the device still shows “in-zone” and never will set the system to Armed, or visa/versa when Disarmed. That users device will sometimes then show “unavailable” in the Geofencing portion of the Mode section of the Arlo App as well. Both of our iPhones are running the absolute latest software updates too. We have made no changes of our own or added any new devices, but after the latest Firmware updates from Arlo, it seems everything broke.

I have tried several fixes as listed in previous threads:

However, nothing seems to work. I am reaching out to the community and @JamesC for help, and to see if any other users are experiencing these issues.

Please let me know as I am quite frustrated that this just happened with another broken Firmware update. 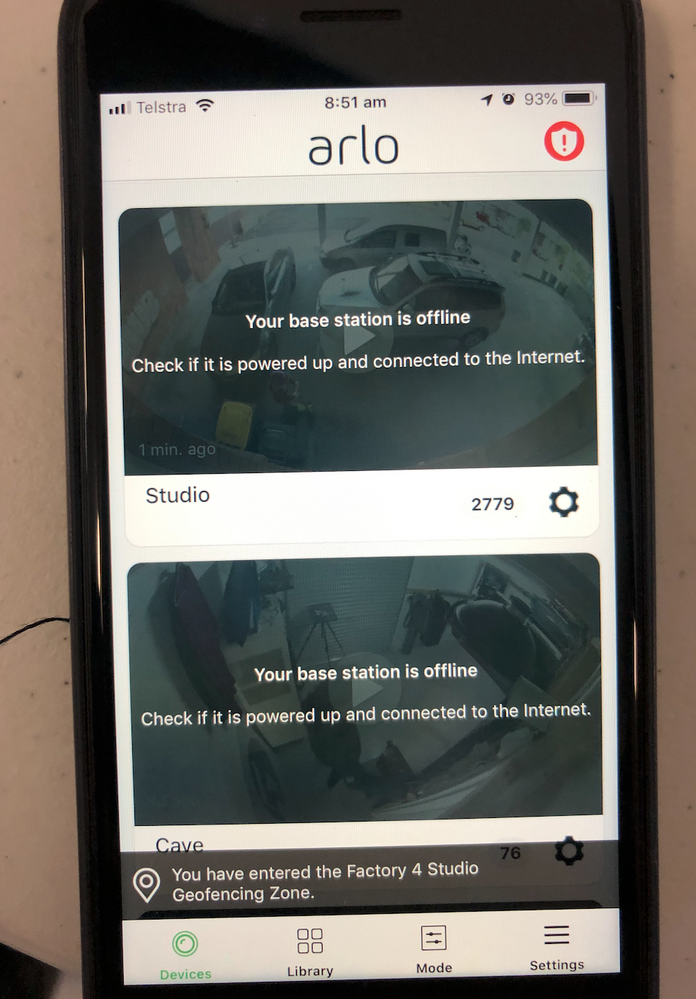 Star
Have two shared basestation the basestation not logged into now responds again when out of zone but responds with “is now in home” mode instead of away. Still not working correctly but at least it is responding again. How did this get so broken?
0 Likes
Reply
Message 181 of 192
8,815

Apprentice
Mine also still does not work for our simple setup (wife and I) - if both of use are home - don't arm; if one of us is home - don't arm; if both of us our away from home - arm. Don't know why Arlo can't figure this out Also, I have a new problem that I get continuously logged out of the iOS app to the point where I can't even log in anymore to make changes Lastly, I ran the "beta" Arlo app on my iPhone for a brief day or two when first asked to and now I have duplicate devices listed under the "Devices" menu in Geofencing. There's no way to delete the duplicate device listings. Good app design should allow to just swipe left to reveal a red delete button but we already know that there isn't really much that Arlo engineers are capable of
0 Likes
Reply
Message 182 of 192
8,778

Guide
Completed the survey this morning and today everything has worked perfectly fingers crossed
1 Like
Reply
Message 183 of 192
8,770

Apprentice
So far so good after 2 days all seems to be working fine with geofencing now. Time will tell
0 Likes
Reply
Message 184 of 192
8,750

Aspirant
It still doesn’t work. We have two iPhones and the system tends to detect when I leave / arrive , but it’s hot and miss with my wife. Example today she left the house and returned 3 times and the whole time we were set to geobfence / home / disarm which meant we have no Arlo footage of the group of people spending 15 minutes loitering in our front garden - of which our non Arlo doorbell picked up. Please sort this out, this has been an issue for literally years. What good is a security system that can’t arm due to lack of awareness of who is in or out the geo fence area.
0 Likes
Reply
Message 188 of 192
8,455

Apprentice
Ok.. I hope this is not going to stop working again! As of 8-3 Arlo auto armed when I left geofencing zone , but my wife was still at home in zone it didn’t stay disarmed..
0 Likes
Reply
Message 192 of 192
8,108
Related Labels
Discussion stats