Re: Shouldn’t the Arlo see me?

You can see the zone I’ve set in this image. It includes my driveway. Shouldn’t the Arlo 2 Ultra see me when I walk myself and maybe the dog down the driveway? It does not and doesn’t seem to alert to anyone who walks in the driveway. Kind of defeats the purpose! I must be doing something wrong but don’t know what.  (And the photo won’t display. It’s an image from the app of the motion zone I’ve set that includes my driveway. ) 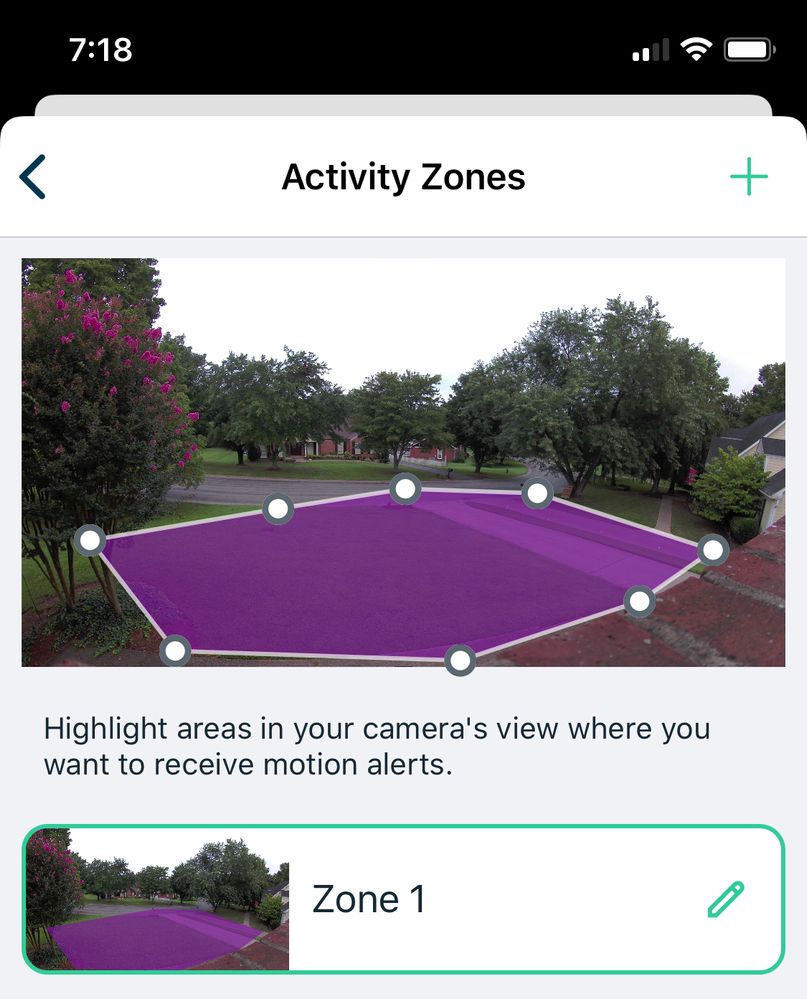 Have you set up rules to detect and record motion?

What are modes and rules and how does Arlo use them?

Thanks. I guess moderators don’t moderate much?

i have all the default rules under the Armed settings. That includes motion on that camera. I turned the sensitivity down so maybe that will help?


Thanks. I guess moderators don’t moderate much?

We have these things called weekends in most countries.


i have all the default rules under the Armed settings.

That tells us not much.

Look for the camera in question and the details for what the rules for it say in the Armed mode.

Without knowing how your schedules and rules work it is impossible to say much more.


I turned the sensitivity down so maybe that will help?

That would make it less sensitive to movement.

Adding to what michaelkenward has mentioned above, it looks like the motion you're trying to capture could be beyond the range of the camera.

Take a look here for more information and tips on positioning your camera for best performance: How do I position my Arlo Ultra camera to detect motion in specific areas?

I turned the sensitivity toward the standing guy and not the running gut in the settings.

I don't think this motion should be beyond the range as it's just positioned above the driveway on a second-floor window. I've seen advertising that looks like this should work. Here's another camera that doesn't seem to pick up motion in the driveway. 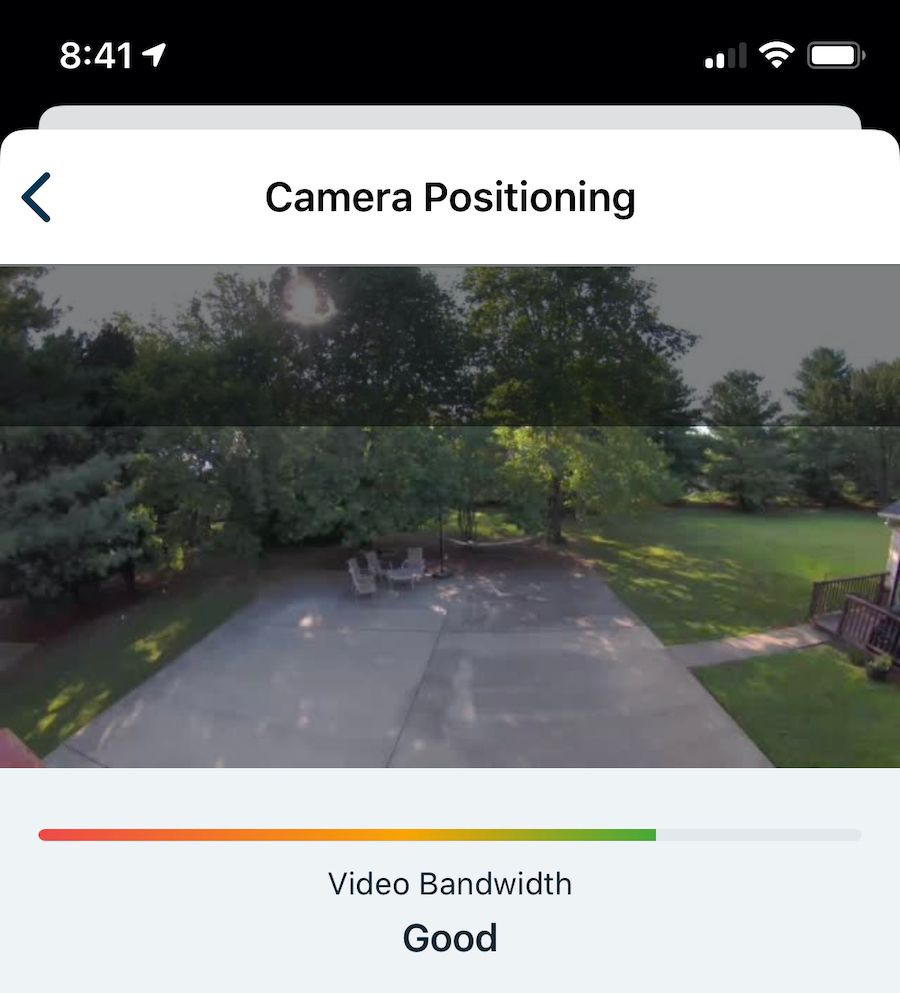 This is the camera positioning guide. That has the driveway right in position. 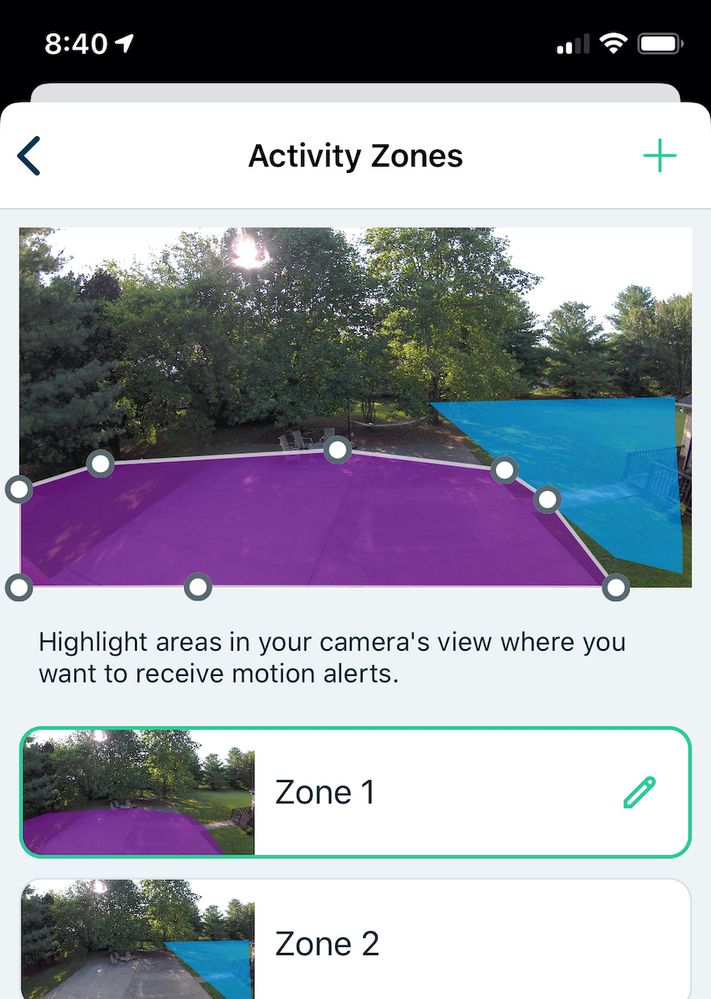 These are the zones. Someone can walk through the purple zone and it won't alert. I can try to turn the sensitivity more toward the standing still man but then I fear too many false positives. I will already see alerts overnight and when I look at the video all I see are bugs.

If the Arlo can't pick up simple activity like this on the highest-end camera they make it seems pretty useless.

Tutor
Ahh..... I will try! I think I’m most disappointed that on the default they can’t seem to sense someone walking in the zone but maybe that’ll help. Will try.
0 Likes
Reply
Message 10 of 16
620

Further testing and these cameras still don’t sense much motion. You mentioned being beyond the range if the camera.... I often see images and marketing of these cameras mounted high on an overhang of a roof.  That is where these are. Very disappointed.

As to why I can't help, as to personal experience here's what I found.  I have the ultras but should be same experience.  Had mine mounted under the overhang because they were better protected, harder to see and didn't need to screw into my siding.  Read an article that said best height was at 7 feet.  So moved them to 7 ft. put a silicone bead over the top of the mount and down the sides leaving the bottom open like you would on a RV marker light and a dab over the screws in the mount.  At 7 ft. my cams were picking up 30% more.  Can't explain it but that was my result.

My Arlo cameras detect quite well, and will even respond to small animals such as squirrels.

2. Your images show the camera is mounted so that about half the image is above the horizon. These means that half the image doesn't include the area where motion will occur, which is a bit of a waste.  It also means a large portion of motion sensor's field of view is directed at the sky, which could reduce the sensitivity to motion. Try aiming the camera at a downwards angle, so more of the motion occurs in the sensor's field of view, and so there is less sky in the field of view. I try to limit the amount of sky in the image, as the sun can affect the motion sensor as well as the image quality.

3. It would be helpful if you could post a photo of the camera itself so we can see how it is installed. It looks like the cameras may be aimed horizontally. If the cameras are high up, they will need to be aimed downwards to maximize motion detection range. Also, placing the camera on the second floor will increase the distance between the camera and a person on the ground, so the detection range will be reduced compared to mounting the camera lower on the house.

Thanks for that detailed reply. Sorry for my slow reply as I have limited time to trouble shoot these things.

I hear what you’re saying about the positioning but when I installed them I made sure that I used the “camera positioning” device utility. That provides a grayed out area at the top to and none of the motion area is in there when I check it. The gray area is all sky and I don’t want to detect motion in the sky!

The window sill might be something for sure. I would have thought that as long as the motion is in the area defined it would work.

I only have the option to mount on the window sill so do you have any suggestions as to how to make it work when mounted to a window sill?

what mount are you using ?  I had a couple I needed a bit longer and had to buy third party on Amazon to get more length to be further out.

Thanks @LandJS ... I am using just the standard mount that came with the thing.

What mounts are you using? What I think I really need to just an extension arm that I could screw onto the existing mount to make it longer. Unfortunately I don't have a lot that I can do to change the mounting since I can't attach things to the house. Since the mount is already there just some way to attach an additional arm or something to it would be ideal.

Someone earlier mentioned just a big screw that fits and cutting it down but I don't have anyway to cut a big metal screw so looking for something I can just buy and attach. Any help is appreciated because as of right now my $1000 box of Arlo cameras is essentially useless beyond just looking at a live feed which defeats the purpose of it.