Have you tried to remove the cameras from Settings > My devices > re-Add them?

Thought I'd share an update. I've swapped my two cameras to see if that makes a difference. Unfortunately not. I did have a person from arlo contact me and we spend some time trying to resolve. We could get the activity zones to work when the camera was in a living room setting with movements within a meter. Since then not much luck. I've restarted and reconnected camera's, no change. The firmware on the camera is 1.125.11.3_26229

I have attached a photo below with the activity zone, at the moment I am getting 20+ motion detections, plenty of cars passing on the road clearly outside of the activity zone. Making matters worse, the battery lasts only a couple of days, I swapped batteries last night, it's gone from 100% to 68% in 24 hours, making 28 recordings of 20sec on average. I am thinking of connecting to powersupply for a period to test, then again, I am starting to think I've got a bad bunch of camera's as neither zones or batteries seems to be working. Or maybe it simply doesn't like where it's been placed! 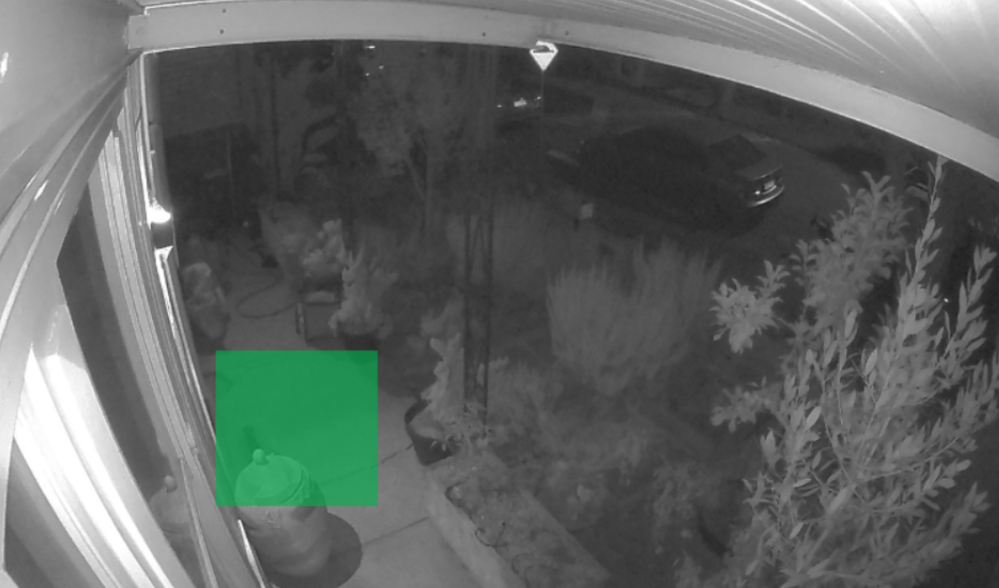 I just installed 6 Ultra cameras and setup the activity zones.  Still get alerts and recordings for movement outside these zones.  This is ridiculous Netger what is wrong???

Aspirant
I contacted support, I think the activity zone is only to stop notifications, here is their response:

We understand that your camera is detecting outside of the zone that you have created . If the cameras are detecting the outside zones, kindly try the steps below and provide us a feedback with the results.

1. Click on Mode.
2. Select Camera on the left.
3. At bottom click on "Add a Mode".
4. Create a name for the new mode such as "Activity Zone Only Mode"
5. Then go in and customize your activity zone and such.
6. Save.

Repeat for other cameras as need be. That should stop the notifications for activity outside of the activity zone.
0 Likes
Message 29 of 46
2,982

I tried this but it still didn't work. The Activity Zones are not an option when configuring a new Mode with rules. I assume that I'm supposed to set the activity zones first, then create the new mode? I had no luck.

Create the zones in Sttings, My Devices, your camera, Activity Zones. Create your newmode and add a rule for the camera.

@jguerdat I tried that but no luck

Aspirant
Same problem here plus I noticed that the Motion Sensitivity Setting has no effect in actual usage (although it does seem to work when checking sensitivity in the utilizes). Arlo Customer Support can't seem to do anything but read their script and can't even seem to escalate "new" problems (they just tell you that the problem hasn't been reported previously and that if it is, the engineers will fix it). Worst software team ever!
0 Likes
Message 33 of 46
2,860

Arlo pro 2 cameras on batteries - do NOT support Activity Zones.

They tricked us. It should be clearly stated in advertisements.

Guide
Arlo has informed me that they changed their policies and reneged on the activity zone feature that I specifically purchased the product for. They wait to take it away until after the return period has passed so if you are unhappy there is nothing you can do. I have had several calls with support for support or returns and they have all been fruitless. One support ticket told me to call back and ask for a refund which i had already done. GET OUT ASAP. This is not a trustworthy company... sadly, i did my homework, was excited, and the really, really, let me down..
2 Likes
Message 37 of 46
2,191

Aspirant
Hi folks just a quick update if you're having trouble with motion zones go to your device using the Arlo app. Select mode and then select your your room and select armed or whatever you have called profile. Then select rules to edit. From there you will see the default selection is everything. You can then select which motion points to monitor which should cure the problem and only Monitor active zones. I hope this helps
0 Likes
Message 38 of 46
2,053

Aspirant
I just bought the system and have this exact same problem. I’ve had about 70 notifications and recordings of cars driving past that are outside of the zone I selected. My battery is solar powered and it’s down 10% at the moment. My notifications are still climbing.

Does the Activity Zone feature not work? This was advertised as being part of the feature set on the box.
Model: VMC4030P | Arlo Pro 2 Wire-Free Camera
0 Likes
Message 39 of 46
1,637

Guide
They screwed you. They say they changed their policy and activity zones are no longer included but that is obviously a lie. They take it away as soon as you get everything set up and working and after the return period and wont take a return of the camera now that they don't work as expected. They will just hang up on you. Sorry, you have been taken advantage of and misled by Arlo. You will have to reinstall your cameras in a place where activity zones aren't needed or pay arlo a monthly fee for cameras that aren't supposed to require a monthly fee. Shame on Arlo... They are not an honest company...
0 Likes
Message 40 of 46
1,633

@Snuffles wrote:
I just bought the system and have this exact same problem. I’ve had about 70 notifications and recordings of cars driving past that are outside of the zone I selected. My battery is solar powered and it’s down 10% at the moment. My notifications are still climbing.

Does the Activity Zone feature not work? This was advertised as being part of the feature set on the box.

Activity zones can filter out unwanted recordings.  But they cannot improve battery life.

Local Activity Zones require AC power to the camera (not the solar charger).  They don't affect battery life, since the camera has to be powered to use them.

Cloud activity zones work w/o AC power, but require the camera to stream all detected motion to the cloud for analysis.  Streams with no motion in the zones are discarded, others are saved.  So they don't improve battery life either.

The best option (if you can) is to adjust the camera field-of-view to remove as much extraneous motion from the view as possible.  Another option is to reduce the motion sensitivity in the camera rules.

As far as @Aklare's comment - cloud activity zones have required a subscription since at least June 2018, and probably earlier.  IMO, there is no bait-and-switch - though it is true that a lot of people who've opted into the trial subscriptions are surprised when the feature goes away when the trial ends.  It could probably be more clearly communicated, but I think the main issue is that people simply don't read anything in the click-through agreements or the FAQs on the web site..

Guide
The box should say X month trial subscription and the trial period should be less than the return period so you have a chance to return the product if you don't like it or is stopps working as advertised. And so you aren't surprised and have to re-install the camera after it has been working for months.. And why can't the app indicate you are on a trial.. Far too many easy solutions that were not done to say it is not bait and switch...
0 Likes
Message 42 of 46
1,624

@Aklare wrote:
the trial period should be less than the return period so you have a chance to return the product if you don't like it or is stopps working as advertised.

I wouldn't want that.   Longer trials are better.

One aspect is that the return period is controlled by the reseller, not by Arlo.  So there's really way to do it.

Perhaps an email when the subscription is activated would address your concerns?  Though based on the app rollout a couple months ago, a lot of people will miss the email.

But this is off-topic.  The poster has activity zones working, but they can't improve battery life.

Yes, the activity zones are not working despite all the trouble shooting.  This happened around 3rd week in April 2020.  The customer service goes through the motions but they can not fix it.

The zones don't work.  They did work until mid April 2020.   I returned my system to the store and got a new one.  It still does not work. The only way to fix is Arlo needs to fix the coding.

I have the same issue.  The activity zones stopped working mid April.  I contacted support and they went through their script of resetting the base station, removing and adding cameras, etc.  Nothing worked.  The representative finally disconnected the chat.  Nothing has been resolved.  This company is a joke, and I am paying for Smart Premiere and not getting the benefit of the activity zones.