Be sure you have the correct mode set when you are expecting your cameras to record. Check the running man indicator on the cameras screen (black indicates the camera is armed, gray indicates unarmed).

If you are still having issues, please give us more information surrounding the issue so we can help. If possible, a screenshot from the cameras point of view could help in determining the issue.

I have exacy same problem everyday day and multiple times of day. Very poor quality system yet when it does work, it is great but there is no reliablity to when and if it will record. Sensitivity does not appear to be issue as I can duplicate exact same movement in driveway and it will record but 3 minutes later not record and absolutely no variable has changed

Aspirant
Wife was recorded arriving home but I was not. Same leaving this morning. Got her but not me 45 minutes later.

Post a daytime screenshot (the night one above is hard to determine where things are) as well as a description of where movement occurs and where various openings (doors, gates, etc.) are.  More details = more suggestions.

I've read the posts on this topic and I am experiencing the same problems as the other users are describing.  Long periods (hours) of time where no motion is recorded, recording on one camera but not the next in sequence.  I typically get 20-30 motion events per day per camera compared to one day when one of the cameras only showed six.  I live in a new subdivision where there is still active construction and for one camera to detect only six motion events is a stretch especially when you consider that the other cameras picked up the normal amount of events.

I installed my cameras about a month ago and they worked fine for awhile.

The record sensitivity is 80% for each camera.

My rule specifies to record for 20 seconds when motion is detected.

I have the same rule for each of my three cameras.

I've checked that I haven't duplicated a camera serial number in the rules.

I was out of town recently and asked my neighbor to pick up my mail.  Since I am new to this equipment, I checked the cameras to see what they recorded while I was gone.  The two pictures below show my neighbor parking on the street on the side of my house and nothing on the camera at the mailbox.

My neighbor showed up at 6:02 pm which is recorded on the first camera and the video (not included here) shows her getting out of the car and walking from the car toward the mailbox. The 'driveway' camera has a motion event at 5:55 pm which shows a truck backing up from right to left and the next motion event on that camera is at 8:01 pm.  I just noticed that the truck should have appeared in the 'grill deck' camera but didn't. The last motion event on the 'grill deck' camera before my neighbor showed up is 4:56 pm.  So I have two events close to each other showing that each camera can record when motion is detected but the next camera in sequence is not picking it up.  The recovery time on my cameras seems to be about two minutes so there should have been plenty of time for the 'driveway' camera to recover from the 5:55 event. 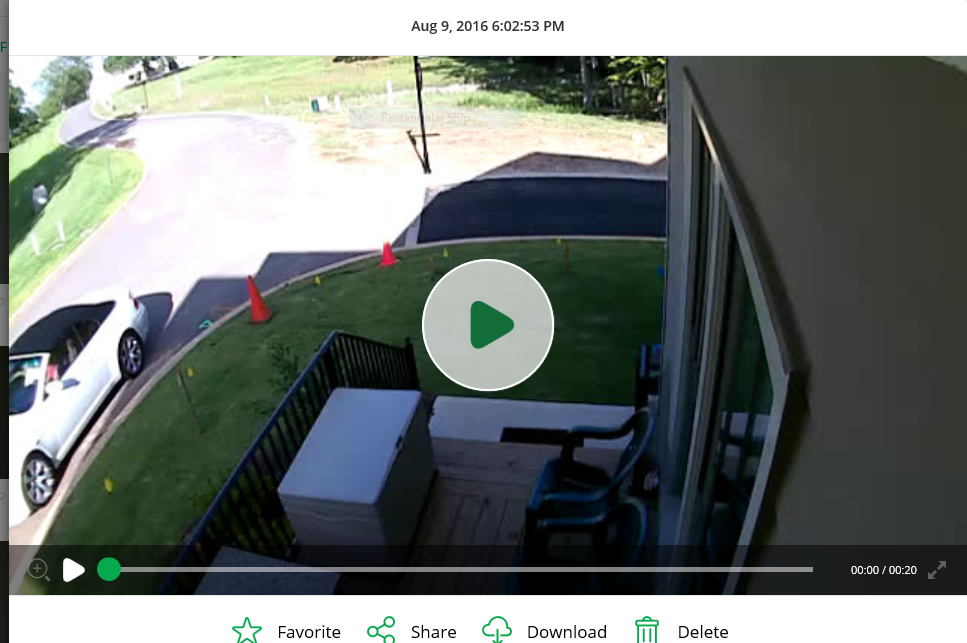 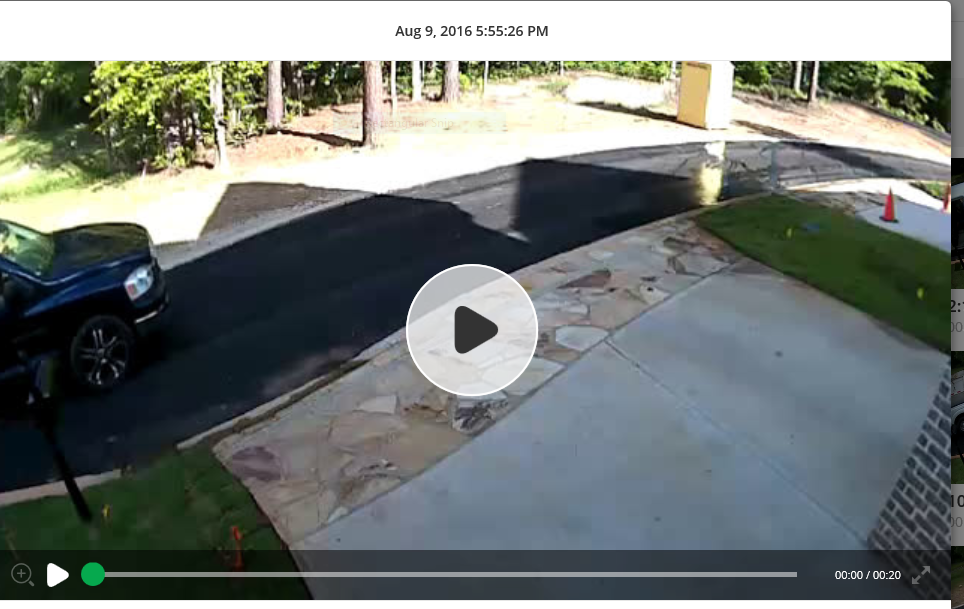 It is difficult to tell from the picture but it looks like the street may be further than or very close to the maximum range for motion detection. The best area for motion detection is between 5 and 20 feet from the camera's position. Past that, results may vary. This could be why the cameras are not consistently detecting motion in these areas.

For additional tips, take a look at this article: How do I optimize my Arlo Wire-Free camera’s motion detection performance?

Thanks for your quick reply.   The mailbox is approximately 15 feet away from the camera measured at ground level so If I measured from the camera which is about 10 feet off the ground, that would put the mailbox right at the maximum range. The picture showing the car is also about 20feet. Because I regularly see motion at both of these locations I just assumed that I would always pick up motion there. But I understand from your explanation that my results may vary at the maximum detection ranges.

I couldn't agree more.  I have whole blocks of time missing every day.  I have had a delivery truck pull up to deliver a washer last week and a dryer just today and none, I mean none of that recorded in the back of my house.  These men drove up walked in and out of my house several times and drove away and nothing.  My son parks in the driveway and all I get is the tail end of his car pulling out.  It is ridiculous.  I am disgusted.  These are not security cameras.  I have the wireless pointing at the driveway and in the kitchen and the wired in my front window and I get the same non-activity with that $200 camera.  Delivery people walk right up and I miss most of it.  Crazy.  I am disappointed.  $400 down the drain.

It sounds like positioning or interference could be causing the issues you describe. Take a look at this article to be sure your cameras are positioned for best performance: How do I optimize my Arlo Wire-Free camera’s motion detection performance?

If you continue to have issues, I would suggest that you consider contacting the Arlo Support Team for further assistance. You will find several options for contacting support in the provided link. If you have any additional questions/concerns feel free to private message me. I would be happy to help.