Good to know it doesn't just blow up my schedules.  So noe I have to go back to setting reminders on my phone to prompt me to check what mode my Arlo system is running after every shcedule change, just to make sure Arlo didn't decide to disarm my system.

How can we rely on a system that arbitraily disarms itself?

And don't get me started on the delay for Android push notifications.  By the time I get them, whatever triggered the event is looooooooooooong gone...

Guide
Fyi, new finding which may assist those getting no notifications and Netgear to fix the issue, mine just starting coming in when I travelled interstate to a different time zone after a few months without a single notification!
0 Likes
Message 127 of 214
3,700

We had a similar problem and the solution below worked for us:

- Remove the camera's under my devices;

- Resynch camera's to base.

When we used multiple zones overlapping each other, our camera's were unresponive. This seems to be the trigger for the problem in our case.

I hope this helps you as well.

We had a similar problem and the solution below worked for us:

- Remove the camera's under my devices;

- Resynch camera's to base.

When we used multiple zones overlapping each other, our camera's were unresponive. This seems to be the trigger for the problem in our case.

I hope this helps you as well.

Re-syncing isn't an option for one of my cameras.

It's about 20 feet off the ground and I had to borrow a ladder just to have it mounted. 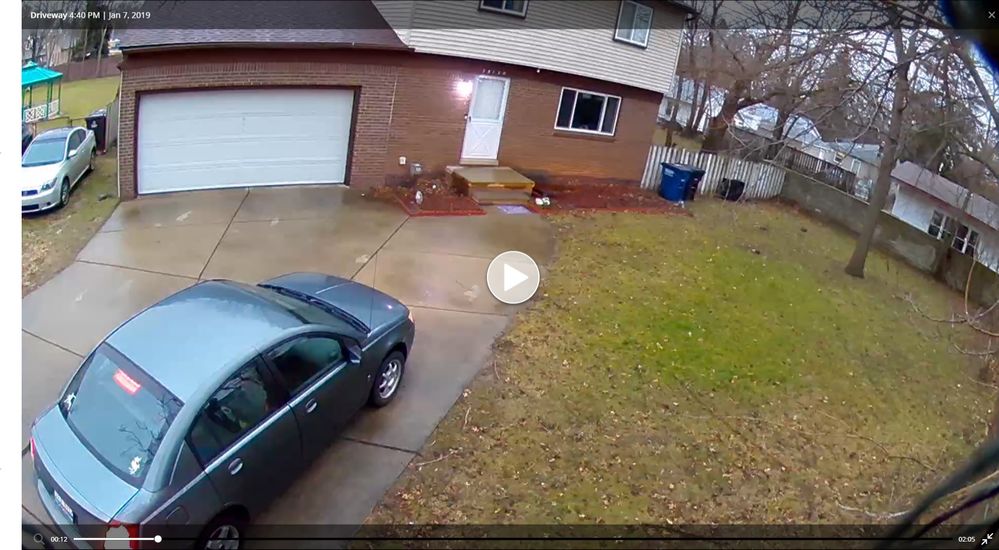 Maybe you could wait untill others report this fixes their problems as well.

Have been in the trenches a long time with Arlo and I can honestly say that I have never had a single solitary issue fixed by removing all my cams from all their base stations and resyn'ing.

And with 10 cams, most which I need a ladder to access, its not anything I'm inclined to do unless there is a complete failure or batteries are almost dead.

However, things eventually resolve themselves or get better - hmmm... yup, that sure sounds like all these incidents are on Netgear's end, not ours.

As for my activity zone (singular) I had one cam with one activity zone - and when Arlo began disregarding this activity zone, this was the same time when other issues began cropping up - such as lack of being able to adjust Arlo Smart settings, and my schedules blowing up.  It's always something Negear has done that causes these issues.

Yesterday for a while, even thumbnails were not updating after triggered events or live feeds.  I'd do a live feed and it would take 30 seconds to a minute, or longer, before the thumbnail for the cam updated.

The fact is, the system is so buggy it is not reliable.

This morning in the Android app, it is not correctly reflecting which mode is active - this was something that was a big problem back with the push of the fated May 2018 firmware update.  If I log into website, the correct mode is active.  If I look at same in Android, it says a different mode is active, and its only for one base station... my newest base station.  And yes, I've rebooted my base stations, I've even shut them down and removed power and ethernet cables and then did cold start, did the same with the router for the base stations, a router that is for ONLY Arlo nothing else runs trhough it, and its on a different subnet as well... and I've cleared the cache and data for the Arlo app on my phone and uninstalled it and reinstalled it - all useless tasks which never resolve anything...

Incidentally, I have noticed that I have far fewer issues with OLDER hardware than NEWER harder.  Go figure.

BTW - my Arlo Smart settings for each cam have "magically" returned just now.  I had checked first thing this morning and they were still MIA.  Now they are back.  And I haven't done a damn thing.

And now all of a sudden, in Android, the correct modes are reflected for each base station

After installing the new iOS update this morning, the smart notification settings all magically reappeared for me. However, now the activity zone controls within the video setting for each device is missing. WTF! These guys fix one thing and break another. Is there any QC done before releasing updates?


Luminary, I'm experiencing the exact same problems with the Arlo Smart settings today. It was working fine yesterday. I am still getting smart alerts but have no interface any longer to toggle off each one (i.e. animal, person, etc.). I called support this morning and as usual they were completely useless but opened up a case for this. I am still waiting on them to fix issues I've been having with geofencing over the last few weeks so I don't have a high level of confidence anything will be fixed soon.

My one (and only) zone was present if I log into the web portal - is your activity zone missing there as well?

My zone is in the web portal and, amazingly enough, still in Android, I'm shock and surprised to report...


My one (and only) zone was present if I log into the web portal - is your activity zone missing there as well?

My zone is in the web portal and, amazingly enough, still in Android, I'm shock and surprised to report...

Yes, I should have mentioned my activity zones DO appear in the web portal and I am able to adjust them there. However, it is not there in the iOS app.

Interesting to know the iOS app is as awful as the Adnroid one...

And actually, I don't know if my zone displays in the *latest* Android app since I'm using an old *stable* version... because the current Android version is a trainwreck and wholly unusable...

Luminary
Same here in Australia. I signed up today for the smart plan and suddenly no push up messages anymore. No person, animal or car detection. I was talking for hours in the live chat and they opened a case. I think I will cancel the smart pla.n cause it’s. Not very smart. Has the updates from today buggered everything up? Same here it still records in the library but that’s not helpful having a half working system.
0 Likes
Message 137 of 214
3,625

Sorry to hear that - welcome to our world.

Alerts are a trainwreck for me, too.  Sometimes they work fine, other times it takes 10 minutes before I get the push notifications.  And usually when that happens, I get a whole BUNCH of push notifications at once for previous triggers which happened long before the last trigger.  Other times I will only get alert notifications AFTER I activate my screen.  Then I'll get the notifcation sound and blinking LED.

There is no rhyme or reason to any of it.

I'd recommend getting some dogs if you don't already have some.  Mine are far more reliable at alerting me to what's going on and whose skulking about than Arlo - and by far.

Guide
My notifications just stopped again when I returned home to my original time zone. Seems there is a bug related to the time preventing motion notifications coming in.
1 Like
Message 140 of 214
3,529

Luminary
That is very frustrating and I still can’t believe that they have released such a faulty update. We spend 1000s of hard earned dollars and get served just a faulty software. I have a lot of friends in Australia having the same issues. I can highly recommend to go to the basic plan which will fix all problems. I would have liked getting smart notifications but why paying for something what doesn’t work?
0 Likes
Message 141 of 214
3,525

Guide
Found a fix for no notifications on Android for those of you on paid subscriptions; Go to Settings - General management - Date and Time, Disable 'Automatic Date and Time'.
Motion Notifications now come in. Let me know if it works for you.
0 Likes
Message 142 of 214
3,514

TRADE PRACTICES ACT 1974 No. 51, 1974 - SECT 52. 52. (1) A corporation shall not, in trade or commerce, engage in conduct that is misleading or deceptive. (2) Nothing in the succeeding provisions of this Division shall be taken as limiting by implication the generality of sub-section (1).

Is Arlo “smart’ and “people detection” a violation of Australia’s trade practices act? It does not work.

Luminary
Don’t think so. Arlo is admitting there is a problem. Otherwise they would have mentioned that the person detection is not available for Australian customers. It only defects that there is A person and not who it is...
0 Likes
Message 145 of 214
3,498

There is no mention of the issue of no people notifications on their status page. Really, really poor form Arlo.

Apprentice
I’ve said it before and I’ll say it again. Seriously abandon Arlo. It’s time to cut our losses and move on. They know about the issues but refuse to do anything. The notification issue is on both iOS and Android.
2 Likes
Message 147 of 214
3,493

Luminary
Dear Arlo team, can you please give an update to all your affected Arlo customers what is happening with the faulty update and when do you fix it? Most of your customers who bought your expensive system and signed up for a very costly subscription can’t use the services as promised. Please give an official statement because this is a general problem which affect a lot of your customer who put a lot trust and money in you and your expensive products. Thanks!
2 Likes
Message 150 of 214
3,465
Related Labels
Discussion stats