Tutor
Anyone else noticed the 3D Touch on the iPhone is not working with the new app? Anyone have any luck getting it to work?
View products (1)
0 Likes
Message 9 of 32
10,764

Guide
I’ve got the same issue, though only with my Hub. I have two Arlo Q cameras which still arm and disarm correctly using 3D Touch.
0 Likes
Message 14 of 32
10,708 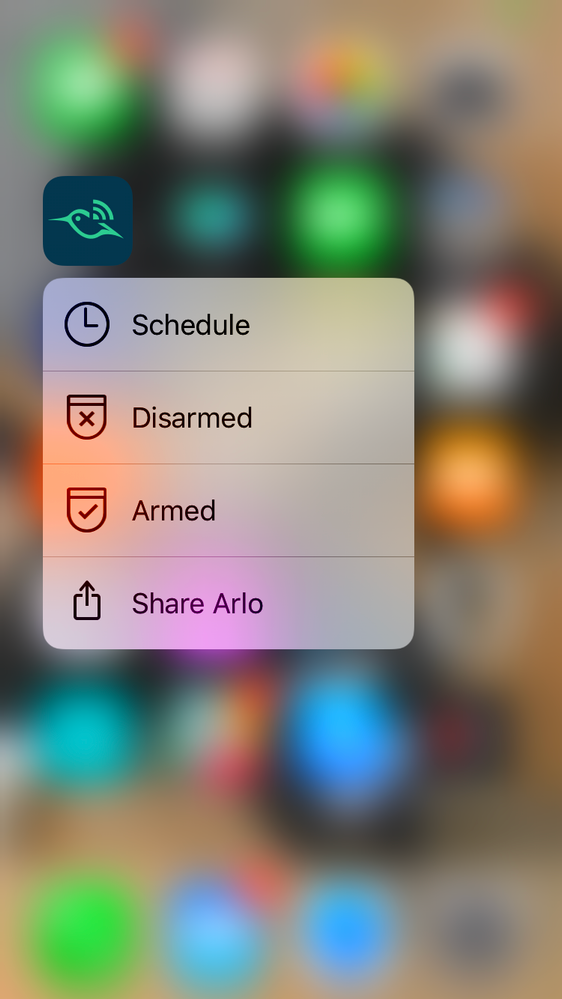 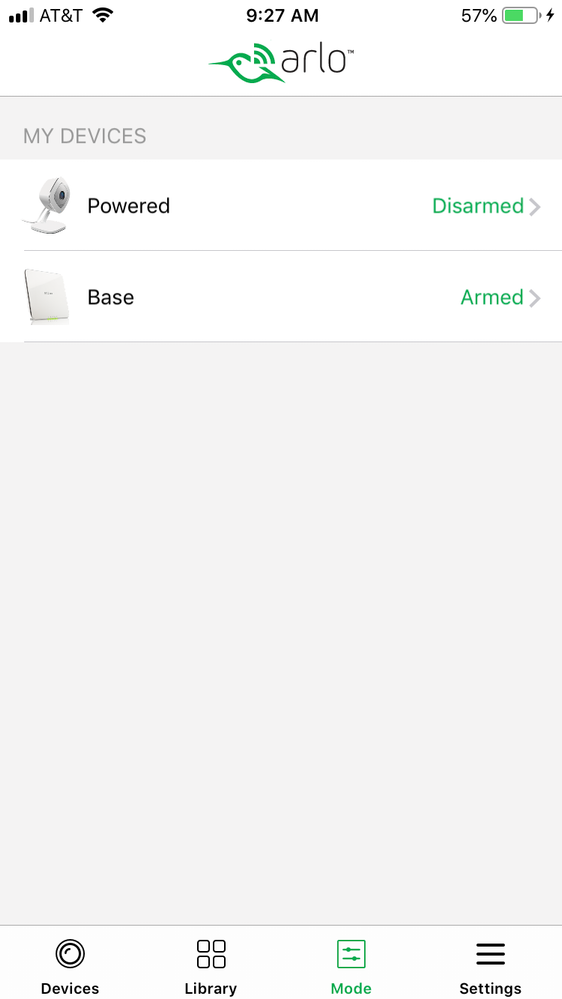 Tutor
For the last few versions of iOS app, the force touch mode selection does not work.
E.g. you press hard on the Arlo app and a list of modes appears. You select a mode such as “Disarm”, the phone opens the app and selects disarm.
As I can’t rely on the schedule anymore (always broken) I need this to work so when I quickly pop out or arrive home, I’m not setting of alarms.
0 Likes
Message 18 of 32
10,337

Aspirant
I am also having the same problem functioality lost to arm or disarm thru any source Pls help
0 Likes
Message 19 of 32
10,399

Guide
Is there any update to adding the 3D Touch arm/disarm feature back to the Arlo app? It was a very handy feature. Please let us know?
1 Like
Message 22 of 32
10,300