I am looking at buying the new Arlo Video Doorbell.  I can't find much information about it.  The Arlo website is kind of useless.

I have the Arlo Pro 2 base station (VMB4000 I believe).  Does it connect through this hub?  Are there any online manufacturer installation instructions that I can view before I purchase the product?

Then can the Video Doorbell trigger my existing Arlo Chime.?

No,  At present you can't use the Arlo chime with the doorbell.

Can I just supply the Arlo Video Doorbell with the correct electrical power. Using the small electronic device supplied in the box if necessary.?

Yes.  The transformer spec is 16-24 volts AC and 10 VA.  Any power adapter that delivers that will work.  You can insert the power module across the transformer (putting the switch in the correct position).

Star
I am looking at the 'if this then that' (ifttt) website and that has the potential to do many of the things people have been asking about on this thread. I have only had a very quick look so far but for those not aware, you set rules for different devices which makes them work together and could provide the integration of smart doorbell of any brand and existing Arlo system - like I say at first look, and I don't know about response times - but for example 'if Ring doorbell detects motion, then Arlo camera records'. I would guess Arlo doorbell (either) could also be linked to an outside camera as long as they are ifttt compatible. And, any compatible motion sensor placed somewhere with wider coverage than an Arlo camera by the front door, could trigger recording removing the issue of the recording missing the beginning of the action. You can also do stuff triggered by your Arlo camera such as, 'If Arlo detects motion, then turn on hue light' or activate smart plug, there is a lot of scope to link smart systems together. I can see at a quick look that Arlo, Hive, TP-Link, Ring, SmartThings have all been used to make rules. Stick an Arlo camera up, have a regular doorbell but a nearly sensor (Hive, Hue or whatever) and you can have a notification to your phone that it has been triggered and you can monitor the camera. Once you uncouple from the idea of an Arlo doorbell which integrates with your existing cameras you could do a shed load more without worrying which stable of products everything comes from. Something else to put in the mix to think about perhaps.
0 Likes
Reply
Message 52 of 58
1,293

Aspirant
Hi, hooking up the video door bell. When done Can’t find device and won’t activate the old doorbells? Help. We have 5 cameras and 1 video doorbell. Had all hooked up.
View products (2)
0 Likes
Reply
Message 53 of 58
1,229

@Droi wrote:
Hi, hooking up the video door bell. When done Can’t find device and won’t activate the old doorbells? Help. We have 5 cameras and 1 video doorbell. Had all hooked up.

Is the doorbell getting power?  Is the transformer within the spec?

Some folks have had issues with the QR code method of syncing to their WiFi.  I just entered the SSID/passphrase myself.

Also if you have spaces or other unusual characters in the SSID, you might need to change it.

Aspirant
I was just on the wrong Wi-Fi everything worked perfectly both doorbells work mechanically and digital he phones me it’s perfect so easy once I called and had them call me back the only thing is I got five minutes long distance even though the phone number says toll free sending a bill to you
View products (1)
0 Likes
Reply
Message 55 of 58
1,198

I think if they don’t answers these questions, I will buy is from store and use it to verify above questions. If I found “no” to first 2 questions, I will return it back to store. Once they will figure out many people returning doorbell they will automatically learn from their mistakes. I have no reason to choose Arlo video doorbell over Ring doorbell unless there are any value adds to stay in the ecosystem.
View products (1)
0 Likes
Reply
Message 56 of 58
1,158

Answers, in order of your questions

Yes (connects over WiFi to your Arlo online paid subscription)

If you want local storage and free 7 days of storage, this is NOT the camera for you

It was in my case.  Camera is mounted on perpendicular sidewall, only a few inches away from the plane of the front doors.  I used the angled mount. 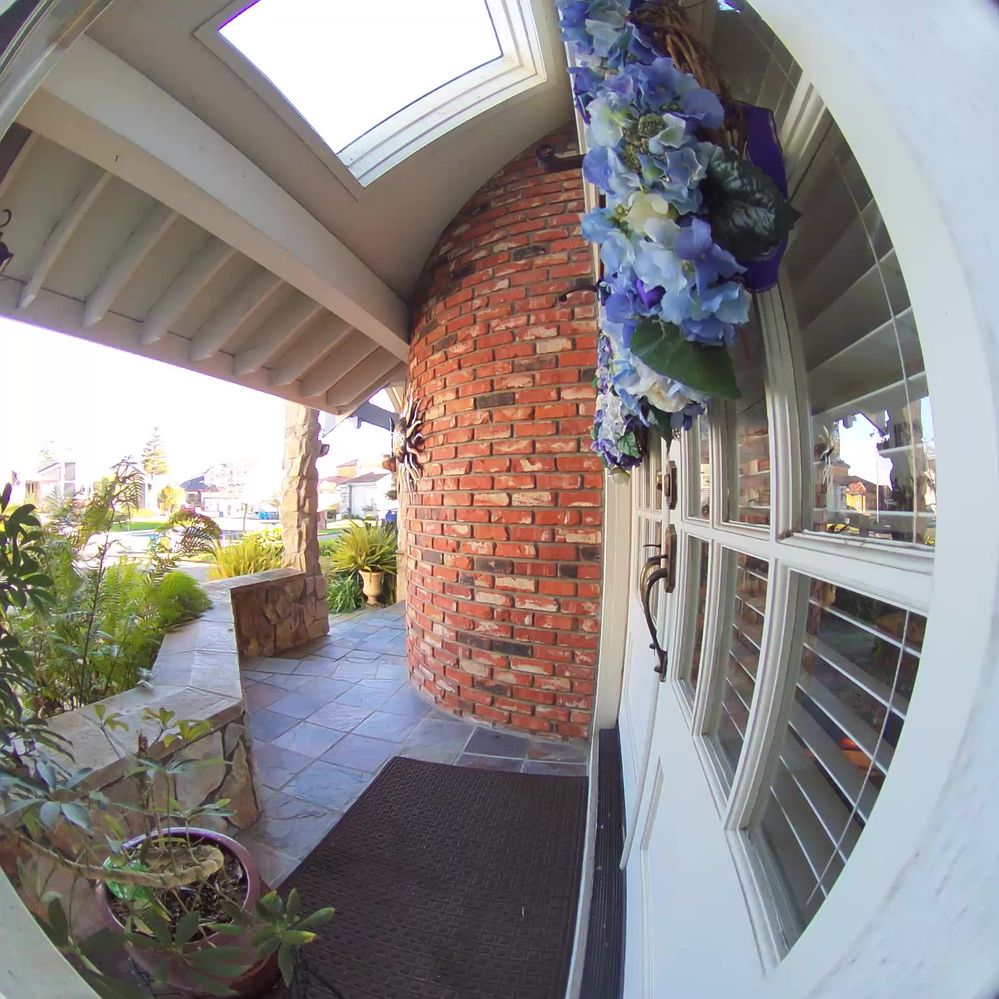