Thank you for your patience. Arlo services are now fully restored. We sincerely apologize for any inconvenience this has caused. The disruption in service which affected some of our customers was due to a technical issue that arose during routine system maintenance.

>
>Dear Arlo customer,
>
>We are aware of an issue where our ARLO customers are temporarily unable to login into their account. ARLO team is actively working to restore this feature as soon as possible.
>
>We apologize for any inconvenience this might cause.
>
>Stay tuned!
>
>Best regards,
>The Arlo Team
> 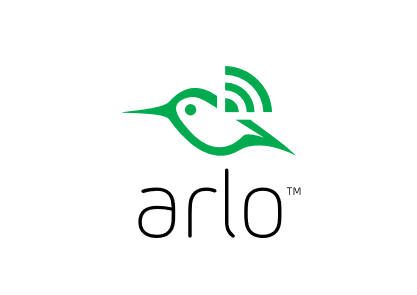 KUDOS or REPLY If you found this helpful.

Have Arlo Go.  This is looking more an more like a very unreliable security option.  Not what I was sold.  I realize that systems will go down but a 5 hour outage and counting is unacceptable.  I'll be looking for another option for my security cameras.

Aspirant
Well off to work if something happens then I* will know who to point finger to if I* don’t have any evidence thanks netgear g thanks paid a whole bunch of $ to not be able to use the expensive cameras 😂
0 Likes
Message 127 of 334
9,971

In Mexico the system is also down!

Not only is it back up the image quality looks better

Make sure to change your password once ARLO is operational. Don't take the chance. If there was a data breach, it will take Netgear years, or an act of congress, to admit they were hacked. Ex. Equifax.

What is the business continuity plan (if there is one) and why was it not activated?

Guide
Hey Netgear...how about an update worth reading. We all know the service is down. The questions are why? ; and what is the estimated restoration time?
This is a " security system that is not leaving any of us feeling particularly secure at present!I
2 Likes
Message 136 of 334
9,885

How do I stop receiving these updates in my email?

More important to me then the event itself is for Netgear to do an 'After the event' analysis and:

a) What caused the event?

b) What steps will be taken to prevent it from re-occuring again.

lack of redundancy at server, network, and other hardware layers - Do what it takes to ensure better redundancy / failover for the next time.

I Love Arlo and I think you have a great product.

Turn this into a positive by letting people know what happened and what your going to do to prevent the next one.

Some people will be sour no matter what - that's going to happen.

For those of us that believe your on the right track just let us know what you'll do to avoid this kind of thing going forward!

Is there an expected time of repair?

Should have checked here first!

Would have saved us a lot of energy if we had been notified of the issue as soon as it was discovered by Netgear.

This issue is now resolved.

All systems are up and more information is coming soon.

Thank you for your patience.

Initiate
So, my service began rejecting my login credentials late last night. Far removed from this morning! Those of you who still can't log in, we had to "fake" change our password. Go to change your password, put in your old one it'll alert you, hit cancel and the app and site should accept your password as normal. They had a serious credential breach last night from my apps behaviour of logging out and rejecting my cfedentials
1 Like
Message 145 of 334
9,781

Service is back.  But all my settings and connected cameras are gone.  Do I have to setup all cameras again or should I wait?

I can see my cameras but I cannot connect to them......is service really up?

It is not fixed, cameras time out, the icons are not showing in the camera view like pan zoom, pause, play..ETC. In the settings table icons are also not showing. This is far from fixed. Also I've rebooted.. twice. Cameras that were armed were not detecting motion after the so called "Fix"

I posted this in another community response but just got an email saying solved.  Would like to report here so that the NetGear/Arlo Forum Moderators can review, as what was written here did not feel like a resolution to me.

From my previious post in the other forum, as it applies here too!
Like everyone else here, getting alerts but could not access cameras. I was a former VueZone user, and when that service was stopped, and all users offered to migrate to Arlo for a very low cost, I did it, and for at least the last 2 years its been solid.

However today's incident is similar to one about 3+ years ago. Could not login, could not retrieve images from the VueZone Server.  At the end, everyone was sent an email stating that NetGear was upgrading the backend servers for better reliability, but someone messed up the database server and took the system down for 3 days. (They had to rebuild the server from backups)

At least today was only several hours.....

But it does make one nervous that we rely on these cameras.   Even a few hours of outage with very little to no correspondence is concerning.  For me what is even more concerning is this happened 3+ years ago with the older VueZone System.  Someone did not learn from their past mistakes.  Again at least it was not 3 days like last time, but come on.  At the very least someone should have learned a lesson about communications.

There was a precursor to this about a week ago. I lost connectivity to 4 of my 5 cameras.  I was told to reset the affected cameras by opening and closing the battery door, and then resyncing them.  Opening and closing the battery door on a few of the cameras not an easy task due to location and/or mounting.  Resycning them brought them back on line, and at that time I asked was a backend or SW push upgrade responsible for this, and the tech could not answer.

An email blast or posting about pending upgrades would be nice.  Definitely one when an outage like today is occuring. We have all come to rely on these cameras, so keeping us informed would be a great step forward to recovering from today's outage