Star
Is anyone else having a problem with the delay in long it takes motion to detect and the start of recording? I have found that outside the delay is too much to see anyone who is approaching my house. I have looked at videos and the recording shows the very end of someone in my family opening my door if at all. I have played around with the sensitivity also to get it to record earlier. This and the battery issue are the biggest problems so far. Does anyone have ideas how they got theirs to not have so much of a delay?

Short of placing a sign in your yard saying "SLOW WALKING ZONE, ARLO CAMERAS IN USE" these WEBCAMS are a FLOP.

Whats frustrating is that this system is being marketed as "PLACE IT ANYWHERE".  Look at the @ARLO twitter account.  They have them placed in hollowed out fence polls, behind a glass window, in trees clearly behind a branch with leaves in the FOV, etc.

Now add Cloud connection/storage....... what a FARCE !  I have run many wireshark traces and seen the latency connection, it is short of being called DoS.  What a minute, isn't Netgear in the business of NETWORKING ??????????

It's an obvious product misrepresentation, clear and simple. They should invest in developing fixes and improvements, instead they keep pushing it with more misleading and false advertising.

Does that sound familiar, Is it just bad business practice or outright illegal ? Shouldn't Netgear disclose Arlo's limitations so people would know what to expect. Some people would still buy it and others won't, it would be only fair to know before buying the product.

Has anyone here looked at iSpy software it is a open source camera security software? - you can used a Foscam/Lortex wireless. I done some beta testing on the iSpy- it looks pretty damn good.....

It's all about business and money- Netgear sucker us all into buying and later finding out there's a delay issues with the motion detection and not doing anything about it. It's just a matter of time before something bad happens- someone  going to either get mug or killed and the cameras won't detect anything except his ass- then the Arlo cameras will be scattered all over the news.....

I agree.  I would be extremely pleased if I could just get my money back and use that towards an actual security system.

This is what I mean about Arlo Misleading the consumer...... 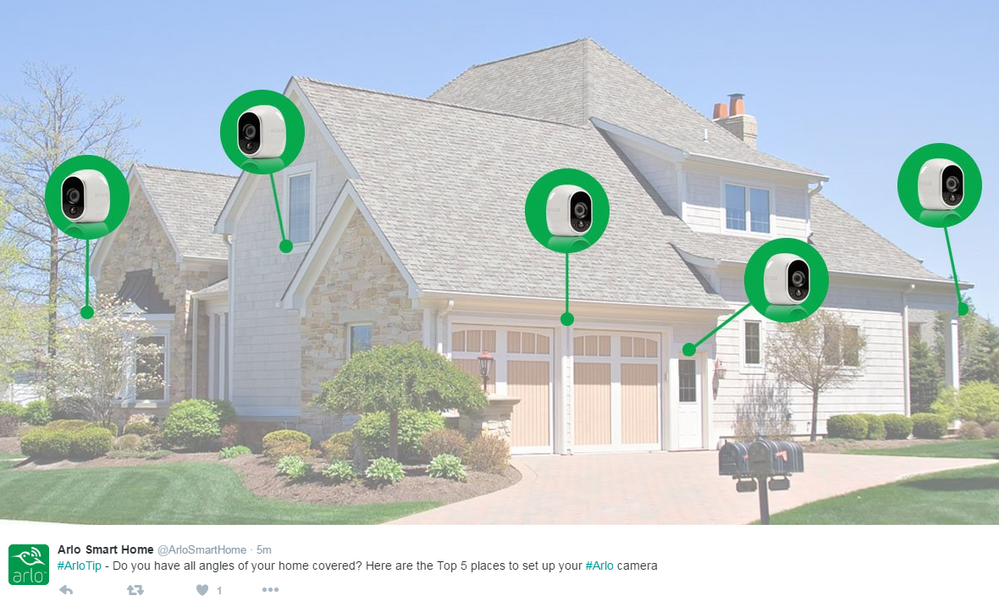 I installed 4 outside camera about 2 weeks, so far I'm not impressed.  Here are the consistent, inconstancies with the system as I have experienced.

I’m posted this because, recently my house was vandalized and the Arlo camera system did not record a thing related to the vandalism!  BTW, there was a camera pointed in the direction where the vandalism occurred.  We had someone come by twice a day to check on the house and the cameras did not record anyone entering or leaving the house.   We received numerous notifications and recordings but no recorded video for what was important, the vandalism!   It may be a good system to check in on your pets while you’re away, but for protecting your property, not so, there are too many consistent inconsistencies. Would you want your property protected by an unreliable security guard, not knowing if he'll show up when you need him?

All there is left to say about these cameras' performance: Ridiculous!!!

I see where I can change the recording length to 30 seconds.  But where do you change the "more videos" that you mentioned?

There is no "more videos" setting although that used to be old terminology for increasing the sensitivity which would potentially lead to more videos.

Having the same issue, it seems this is a software problem and should be resolved with all the complaints filed.

Tutor
My take is this: it's unfixable or they don't care. In the first case they sold a device that a reasonable person would expect to be appropriate as a home security device. In the latter they are even worse.
3 Likes
Reply
Message 186 of 219
4,968

Still pplaying with the system but Adding my name to the list of NOT HAPPY with the lag and the fact that even if you set the recording it stops recording even tho there is still motion, takes WAY too long to trigger another clip !

Totally agree !!!! Not even a mention that i seen stating they are working on it... This system will go back !!!! Hate to even wait the 30 days I have to return this BS ! System is to help protect my 78 year old dad.. I would not even buy it to monoter a fish tank with support like this... end rant, hope im wrong and there is a fix that I cant find for some reason !

It can sometimes take some trial and error to find optimal conditions for your Arlo system.

Take a look at the tips in this article to be sure your cameras are positioned for best performance: How do I optimize my Arlo Wire-Free camera’s motion detection performance?

It can sometimes take some trial and error to find optimal conditions for your Arlo system.

What do we do in situations where the camera is detecting the motion immediately, but fails to begin recording for several seconds after motion detection? This is evident by the fact that when set for 20s duration, we only get 16s of recording.

This isn't a problem with camera placement. Wireshark analysis shows that the four seconds in between is taken up by negotiation with the server before data starts streaming. It is purely a network problem, and can't be solved by shifting cameras around.

Apprentice
This is the biggest problem with this system the lag of the base negotiating with the server before the cameras can start streaming, evident by as u said my clips being 2-3 seconds shorter than they should be. I believe most of this to be on netgears server side, but any hiccup in the network from our routers to our ISP servers could cause slight delays that will add up, the fact that netgear keeps repeating the same flash card a answers " adjust camera angle, reboot, blah blah" after this many people have the same issue is ridiculous. Myself and others have place in the idea exchange that Local USB storage even if temporarily until the camera is done recording then uploads is a must. Everyone on this post needs to go to the Arlo idea exchange and find every idea with local storage, USB storage etc and give kudos to the initial post. This can't take anymore than a firmware update to the base. I've opened a ticket telling them that the 2-3 seconds I miss due to lag could be the most important part of the clip!
5 Likes
Reply
Message 191 of 219
4,972

This product does not work like it should.  Like many in the tread there is a 5 to 6 second delay before recording begins.  That makes this product useless as someone coming in my front door at the office does not get recorded when the unit wakes up from sleep mode.   If I can't  see who has entered the area, and they walk right in, what what good is the unit.   It is obivous that who ever designed this did not do basic testing to make sure it functions as promoted.   What a waste of time.  Great marketing and Sucky product.  They should be ebareased.

Welcome to one of the most unhappy and disappointed user groups around, join this very large crowd. We should've read through these pages before buying this product.

Apprentice
After some fighting with Best Buy I returned the whole system for a store credit, which I used for a new dishwasher that works great. Spent a Sunday afternoon running wires for a wired dvr system and couldn't be happier, 10 second pre record from motion sense, no delay, and every camera records every time it should
2 Likes
Reply
Message 194 of 219
4,784

Found this funny.  Promotional e-mail I just got from NetGear.

"If my front porch Arlo camera detects motion after 6 PM and I'm not home, turn on the LIFX light in the living room, play the Dog Bark sound over my Sonos speaker, and send my nextdoor neighbor Steve an email asking him to check if anyone is in my front yard".

Fix this issue, NetGear before "launching" new features.  I still have about a 3-4 second lag on my recordings.  Making them pointless.

I've noticed a significant improvement in recording lag over the past two weeks.

Whether this is due to firmware improvements, or simply due to routing changes that mean lower latency to the servers, I'm happy!

In fact, my Arlo system has gone from being barely usable to pretty much perfect.

If it's a firmware fix, thanks! Or if it's just due to a coincidental latency improvement to the servers, then I just hope it stays that way.

Just like others in this thread.  I recently purchased 4 of these arlo camera sets (total of 7 cameras) for my parents and my siblings, all of them have latest firmware installed, but we are all are experiencing huge delay/lag recording as mentioned in this thread, we have done everything people mentioned in above threads including sensitivity adjustments, modify recording time and reajust positions, but nothing works at this moment.  Especially for Arlo cameras mounted outside of the house, which makes these cameras almost obsolete to use that we can only sees people's back shadow as they have already enters the house.  I agree that a 'real' actual fix solution in needed in order to bring justice of speding big $$$ on these equipments.  Can Netgear issue a firmware upgrade to reduce camera wake up time and cloud upload time?  These days since its all software driven over hardware equipment, can Netgear address this ASAP to avoid diminish customer satisfaction and branding trust?

Many of us have ~2 second lag times which is about the best you can expect.  Positioning and WiFi connection to the base are the usual culprits for longer times.  Post a few screenshots of your views for suggestions.  Remember that motion is best detected across the FOV, maybe starting at or near an edge.  Try not to get the whole scene but only the portion of real interest.  People detection is about 15-20 feet max.

I have same problem. Even thought inside recording also delay.